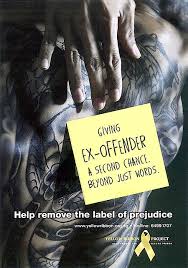 Whenever I start talking to anyone about how Fiji has managed to slash prison recidivism, they interrupt me to talk enthusiastically about some fantastic rehabilitation program somewhere but that misses the point.   This is about you and me, the public, the community, society , whatever you want to call us – the people outside prison.   The Fijians have changed the way the public sees the freshly released ex-con because it’s the public’s attitude that has a massive impact on reoffending statistics.  And while you’re reading this, you might ask yourself how you feel about interacting with ex-offenders…

When I was in Fiji  for work recently, I couldn’t help noticing that the correction facility buildings (that’s Fiji newspeak for “prison”) displayed big yellow ribbons shaped like those other awareness symbols such as red for AIDS awareness, pink for breast cancer and so on.  My taxi driver told me that this was the symbol of the prisoner acceptance program and I wondered if it had come from the seventies number one hit: “Tie a Yellow Ribbon Round the Old Oak Tree” which was annoying to those around at the time as it was aired constantly and impossible to get out of your head.

The words are very relevant to the Yellow Ribbon scheme though:  it’s a catchy little ballad about a man who is returning home on the bus after a spell in prison.  He’s written to his wife to tie a yellow ribbon round the old oak tree on the road home if she is willing to have him back and give him a second chance.  As he is singing at the top of his voice the whole bus is aware of his dilemma and when they all see that there is not just one yellow ribbon around the tree but a hundred, the whole bus cheers and the man happily returns home.

That’s the idea of the Yellow Ribbon Programme in a nutshell.  I have my own yellow ribbon badge now.  I was proud to have it pinned on me by Assistant Superintendent of Corrections Isireli Dausiga at the end of my visit with him.  Mr Dausiga is the Community Liaison Officer and he received me in his chaotic but functional office and kindly gave up his time to give me a presentation of the Yellow Ribbon second chance Project.  This was a man with a mission, passionate about changing attitudes and improving lives.  He told me that the project had started in Singapore in May 2000 and aimed to engage the community in the rehabilitation of ex offenders. The Singapore slogan is “help unlock the second prison” and there was a great poster campaign.

With news of the Singapore Yellow Ribbon Programme’s success, the Fijians brought it to their island in October 2008 and have not looked back.  Modern prison services all over the world offer rehabilitation  to inmates so that they have new skills when they go back out and in this regard Fiji does not lag behind.  But if we as a society refuse to give ex offenders a second chance, it won’t be long before they are back behind bars  My jaw dropped when Mr Dausiga explained that the stats for people returning to prison had plunged from 50% in 2006 to 3.6% in 2014, following the introduction of the programme and I was eager to hear more.

Under the Yellow Ribbon Project, there have been massive information campaigns and new messages to educate the public about the deeper nature of the issue and make them see the part they have to play in bringing about change.  The public have got to realize that the way they take back ex offenders into their communities will have a massive impact on the kind of society we all live in.  Since 2008 the community has been involved, following campaigns in the media, on the television and radio phone-in shows in order to change perceptions and produce a deeper understanding of root causes, for example lack of adequate parenting leading to delinquency. 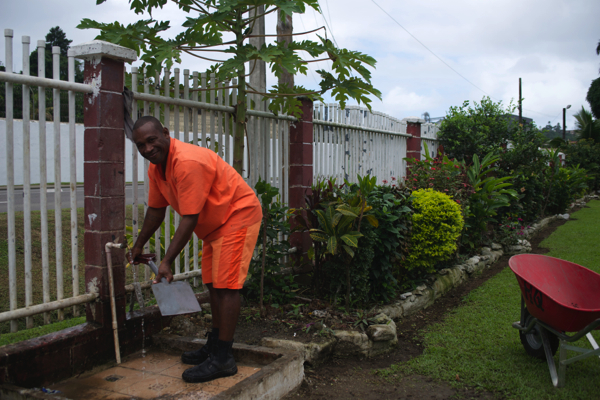 urney.  It was no cakewalk.  He comes from a family of correction officers going back to his grandfather.  He explained that he was aided in overcoming his resistance to the program by his strong faith which has helped him see that in dealing with fellow humans who have fallen to the lowest point it is his spiritual duty to always remember the human touch rather regarding them as  bad people who just had to be locked up and guarded.

A brutalizing prison corps or a enlightened service will make a world of difference to the kind of person who is finally allowed to return to their respective communities.  The Yellow Ribbon (second chance) Programme starts with the Correction officers.  They are urged to take the first steps in their own transformation so they can become role models to the inmates under their charge.  Quoting from the Fiji Correction Services mission statement, “As Captains of Lives, we provide a safe, secure and healthy environment for persons in custody. Work in partnership with communities and other agencies for the rehabilitation of offenders and their successful re integration into society.”

“The Commissioner of the Fiji Corrections Service Lt. Colonel Ifereimi Vasu is in the forefront of Change within the Fiji Corrections Service. He ensures that the promotion and awareness program for Yellow Ribbon Project is done in such a manner that will entice and win the hearts of the people of Fiji, he is always reminding the people of Fiji that they play an important role in the successful reintegration of offenders back into their families, community and society. This is wholly dependent on their acceptance and forgiving those who have committed the crime and done the time and are treated humanely and with dignity once released from corrections centers. The Fiji Corrections Service contributes to nation building, community safety and security through the rehabilitation of persons in custody, the training of its human resources, infrastructure development and through the Yellow Ribbon Project it invites and entices the community at large to help unlock the second prison within. “ 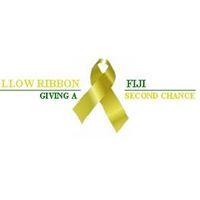