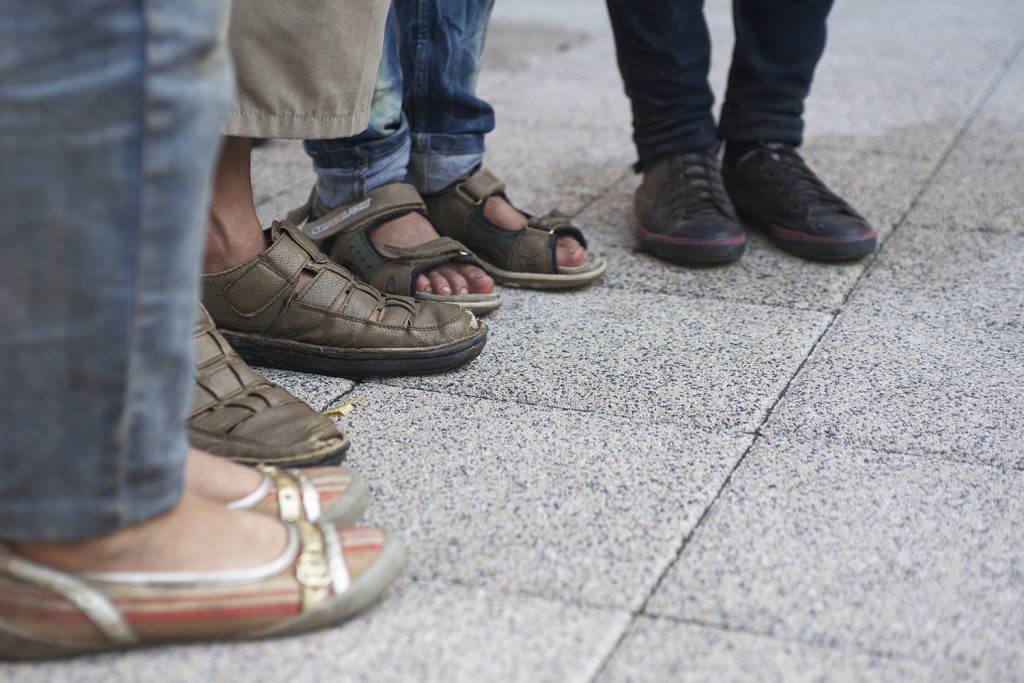 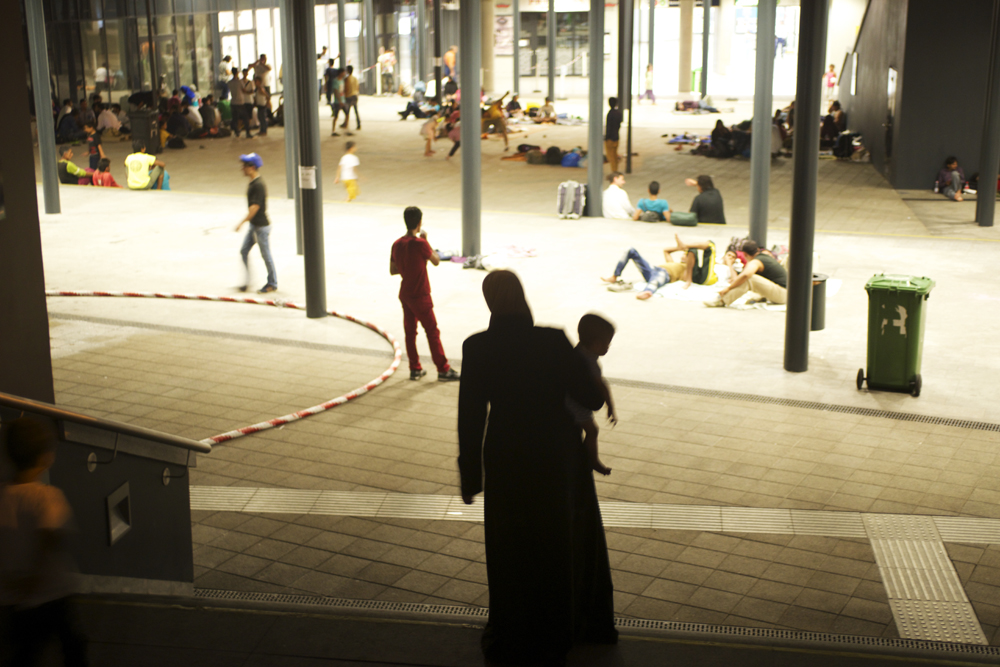 This evening I went down to Keleti Railway Station in Budapest to see for myself the refugees who have been camping out there on their way to reception centers in Hungary before moving on to other countries where they will get asylum. Most are from Afghanistan, Syria and Pakistan fleeing for their lives and the sight of women changing babies nappies on the floor of the station made me want to cry.

Since the beginning of the crisis, over 100,000 people have flowed over the border, to Hungary, first port of call in the European Union. This has meant that Hungary has been allocated EU funds to cope with the extra administrative burden of processing all the asylum applications of the desperate people who are transiting through the central European state. Rumors abound that this money is partially being used to fund the 4 metre high fence which is being built along the Hungarian border with Serbia in order to keep out “illegal migrants” , dirty words guaranteed to extinguish compassion and make good premier Viktor Orban’s promise that he will keep Hungary safe from assaults on its culture. There is the feeling amongst liberals that the choice to label refugees seeking asylum “migrants” is a calculated one. The official line is that of course the country welcomes genuine refugees but not illegal economic migrants. While there may be a handful of these among the sea of miserable travelers coming across the border, most are clearly desperate. What has escalated in the past year has been the turmoil in the Middle East, not the economic crisis.  (An interesting article about why it may be in Hungary’s interests to accept more migrants here: http://hungarianfreepress.com/2015/07/29/its-in-hungarys-interest-to-accept-more-refugees-and-immigrants/

How things have changed since the Balkan war when Hungary opened its doors to those fleeing the war in imploding Yugoslavia two decades ago. The government also seem to have forgotten how the Hungarians seeking refuge from their victorious oppressors after the 1956 Revolution were welcomed in various western european countries as heroes although comments on the blogosphere are full of indignant Hungarians expressing shame for the actions of their government.

There have been “anti-migrant” hate groups appearing on Facebook which has resulted in attacks on refugees and sometimes on people perceived to be “migrants”. Last week in Szeged a couple of Hungarians, one of who had been born in Cuba, were harassed and then when the girl tried to explain that her boyfriend had Hungarian citizenship and had lived in the country since he was three years old, she was viciously beaten and had to be hospitalized.

On the other hand, when the government announced plans to build their fence and then ran a billboard campaign with slogans like “When you come to Hungary, respect our laws and culture and don’t steal our jobs”, (in Hungarian which the “migrants” are unlikely to be familiar with), civil society stepped up to to plate with a counter campaign in English and raised the necessary funds in record time. Food Not Bombs in Hungary have been offering meals to the refugees since the beginning of the crisis and other NGOs like Menedek (Shelter) have been very active, not to mention many individuals who have tried to help by offering food and supplies.

Ironically, the appearance of large groups of people from the middle east, very few of whom speak any English, has improved the attitude of locals towards the indigenous homeless who were considered to be breaking the law until the Constitutional Court deemed this unconstitutional but more about the treatment of the homeless in another post…