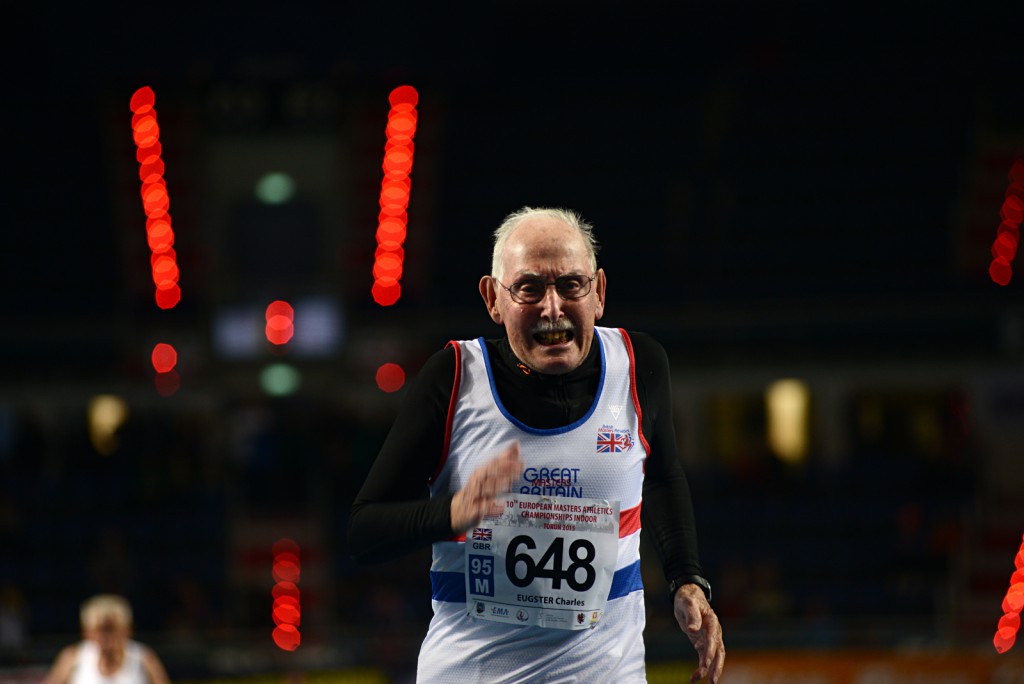 The amazing Charles Eugster running for Britain in the European Masters Athletics Championships in Torun.  You can just barely see 104 year old Stanislaw Kowalski gamely setting his own record for his age category in the background.  In the second picture he relaxes after the even in an elegant restaurant. 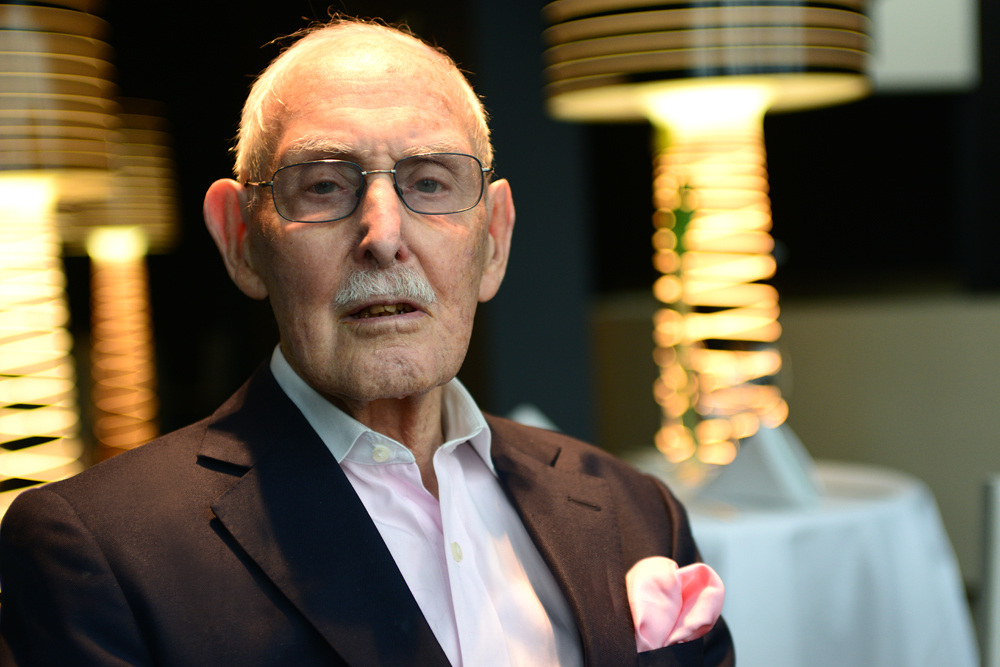 Was commissioned to photograph the incredible Charles Eugster, aged 95 at this event.   There was a wonderful atmosphere and I will be posting a selection of pictures over the next few days. 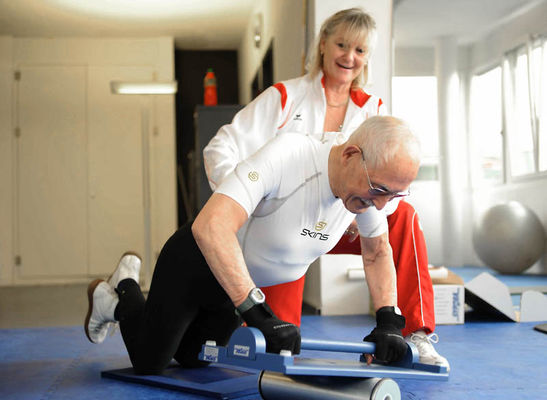 In July 2013 Reto Brennwald of Swiss TV channel SRF1 made a feature about Charles Eugster and filmed various aspects of his life for a programme called “Charles Eugster – The Race Against Time” This clip shows me photographing Charles as Edouard Manet’s Olympia – a painting which embodies defiance and which caused a scandal when it was presented in 1865. A good choice for Charles and I agreed to facilitate as soon as he spoke to me of his wish to be so portrayed. I had spoken to him about my project with Roma where I had asked people to choose paintings from the past to symbolise the way they would like to be seen and he wasted no time in researching the right painting for him. Just as the original Manet painting broke all contemporary conventions, Charles refuses to meekly accept the stereotypes and cliches about age.

I’d recently met the amazing Charles Eugster in Zurich and we had discussed preparing some interesting PR shots for him.  He said in his inimitable British accent:  “what I want is a body shot with a couple of girls in bikinis”.  I told him that if he came to my studio in Budapest, I would be able to arrange something quite quickly.  A few days later he called me to say that he had made his travel arrangements so I had to act fast.  The idea developed into a tableau showing the triumph of age over youth (or something) and it became part of a documentary on Charles on RTL. 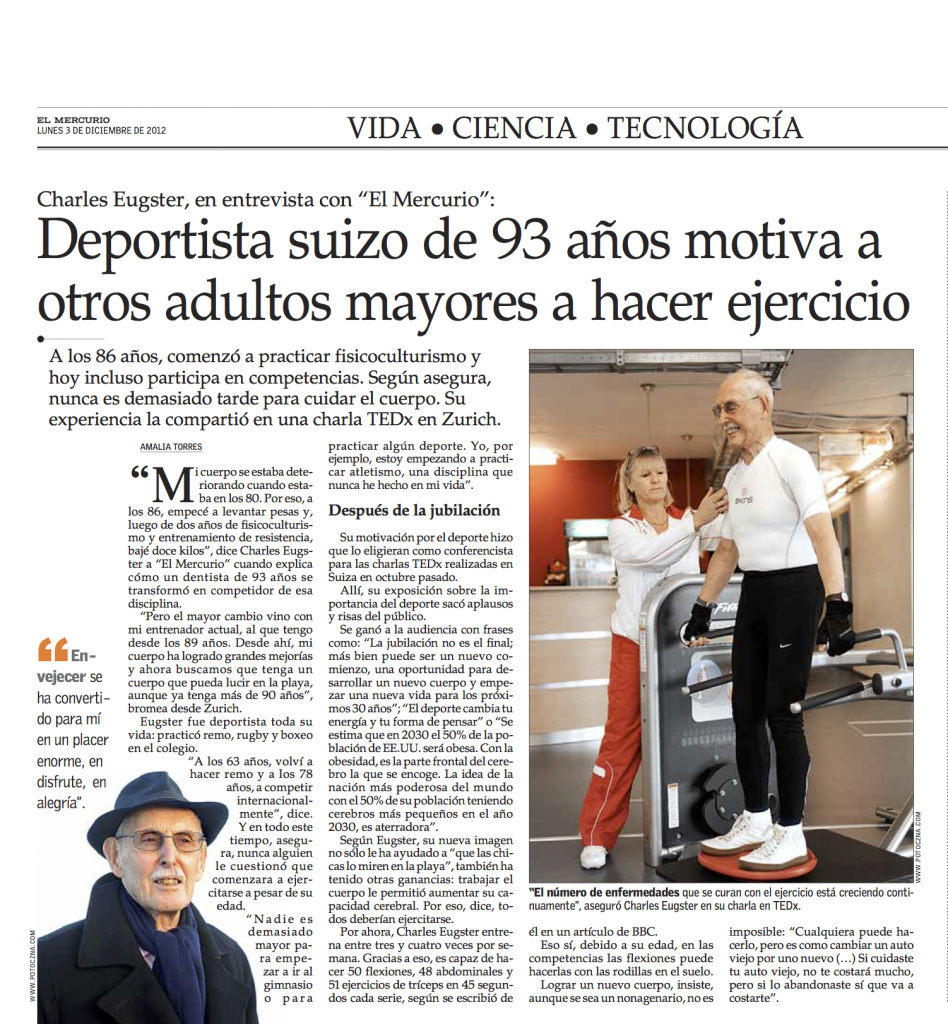